Enter your City name or Pincode

Angamaly is a small town in Aluva Taluk of district Ernakulum in Kerala. It is situated at a distance of 29 kms from the district headquarter and 38 kms from the port city of Kochi. The name Angamaly means an ‘old battle ground’ in Malayalam. The fact of the battle that gave the place its name is not known today. It is lost in the pages of history. It is a small place but has come to achieve significance as an important satellite town of Kochi. The town is a part of the Mukundapuram parliamentary constituency. It is a legislative assembly constituency by itself. 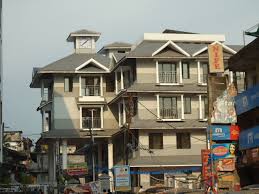 Angamaly is a municipality established by an act of the government in 1978. Initially the town was a panchayat. It changed from its small village character to a vibrant town slowly. Its proximity to both the district HQ and the commercial hub of Kochi made it grow into a hub of activities other than agriculture. The municipality of Angamaly has a low density of population compared to Ernakulum or Kochi. This comes to 1264 people per km2 for the town with a total population of 33424. The area has a very good literacy rate of 93.7% in which the males fare a little better than the female population. The male literacy rate is 95 compared to the 91.5% of the female population. The sex ratio is 1005 per thousand males.

The areas of engagement of the local body in civil administration are varied in nature. Some of the services provided by the body are providing the certificate of ownership of property,
providing the proof of residence, levying the property tax, accepting revision petitions, registering of deaths and births, building permits to locals, assessing of tax on property, services etc., issuing the certificate of the age of a building and tax appeals and giving licenses and permits to businesses in the locality which need registration to open. Provision and distribution of pension to widows, differently abled, and farm workers etc is a part of the work details of the municipality. It also looks after the special pension plans of the government like pension for unmarried ladies above 50.

The local body also looks after the making of roads. It looks after the health care and working on the government schemes for promotion of health care and medical needs of the people. Its engagement in schemes like eradication programmes regarding polio, small pox, tuberculosis, leprosy and other epidemics is the real backbone of these national programmes. It also maintains the primary health centres and municipal hospitals.

The police jurisdiction in the area of Angamaly for controlling and general policing runs from Korattty to Aluva. The area lies along the NH 47. The circle officer of the district looks after the area. An inspector level officer carries the policing duties in Angamaly.

The police can be reached on the following telephone no.

The contact address and phone numbers of the municipality are given below.

Are you a Business Owner?

Add the products or services you offer